When it comes to people pushing the frontiers of science, few institutions can match the talent of the Department of Defense, the intelligence agencies, and the U.S. national laboratory system. With ample budgets and flexible oversight under that aura of national security, ambitious scientists and engineers are working on everything from quantum computing to next-generation satellites.

That wealth of talent is often left behind in the frenetic product development and fundraising world of Silicon Valley. Langley, Arlington, and Los Alamos are a far cry from Palo Alto or New York City. Even more challenging is the career transition: the government is, well, the government, and the private sector is, well, the private sector. Moving from one to the next can be quite jarring.

Scout Ventures wants to act as the bridge between the startup world and that vast science and technology workforce, with a particular focus on veterans of the military, intelligence agencies, and national labs. Founded about a decade ago in 2012 by Brad Harrison, the firm raised two funds and invested in several dozen companies at the earliest stages, including identity verification platform ID.me (now valued at $1.5 billion), men’s subscription service Bespoke Post, and youth sports management platform LeagueApps. It also incubated companies like health services company Unite Us.

The firm announced this morning that is has raised a $55 million third fund, which will continue its focus on backing veterans while centering its investment thesis on frontier tech in areas like machine learning, robotics, drones, physical security, quantum computing and space (that said, the firm does not invest in weapons).

Harrison, who has been a long-time angel investor prior to forming Scout Ventures and is a West Point grad and army airborne ranger, said that when he started to look at the track records of the most successful founders he backed, many of them happened to be veterans. So he started doubling down on that thesis, eventually hiring Wes Blackwell who graduated from the Naval Academy and Sam Ellis in Brooklyn from West Point as his co-partners. 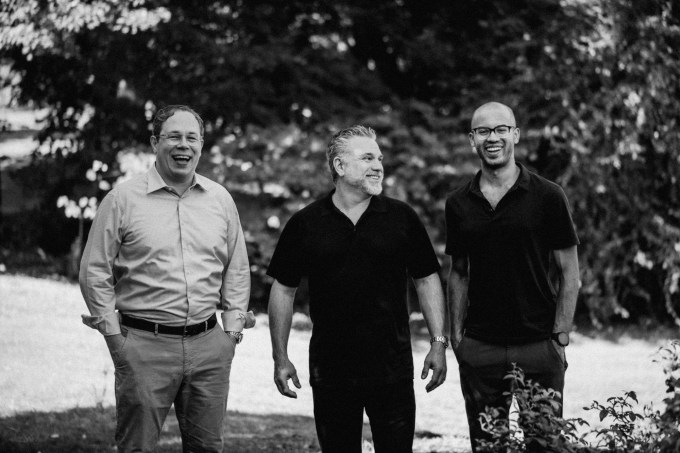 Scout is a traditional seed stage fund, and Harrison said that the firm targets roughy a deal per month, with a typical check between $500,000 and $1 million targeting 10% ownership. The firm also reserves $2-3 million in capital for follow-on investments.

One of the firm’s unique differentiators is taking advantage of ample non-dilutive funding from government programs and locking that in for its portfolio companies. Harrison said that the firm typically can secure three dollars of such funds for each dollar it invests, allowing its portfolio companies to grow faster for longer and with less dilution. “We’re seeing the most active money flowing through Air Force number one, Army number two, and then you are seeing some money flowing through the Department of Energy and the National Science Foundation,” Harrison said.

In terms of companies, the target is so-called dual-use startups that have applications that can be used by both the public and private sectors. These are “core, disruptive technologies that we believe are going to bring a shift change, so they inherently have applications to the DoD and the commercial sector,” he said. “They are hard to find, and that is why we talk to so many companies.”

As examples of startups within this thesis, Harrison pointed to four companies in quantum computing and others in electronic warfare, where applications can be as important to the NSA as to telecoms like Verizon and T-Mobile. He also pointed out companies like De-Ice, which is using electromagnetic technology to make deicing of planes and other equipment faster and safer. Such technology could improve operations for the Air Force as well as civilian carriers.

Ultimately, Scout hopes that its unique network and focus will allow it to access these “hard-to-reach” founders who are “really distrustful of most VCs,” Harrison said. “That makes us competitive.”

,When it comes to people pushing the frontiers of science, few institutions can match the talent of the Department of Defense, the intelligence agencies, and the U.S. national laboratory system. With ample budgets and flexible oversight under that aura of national security, ambitious scientists and engineers are working on everything from quantum computing to next-generation